Songs For A Winter's Night 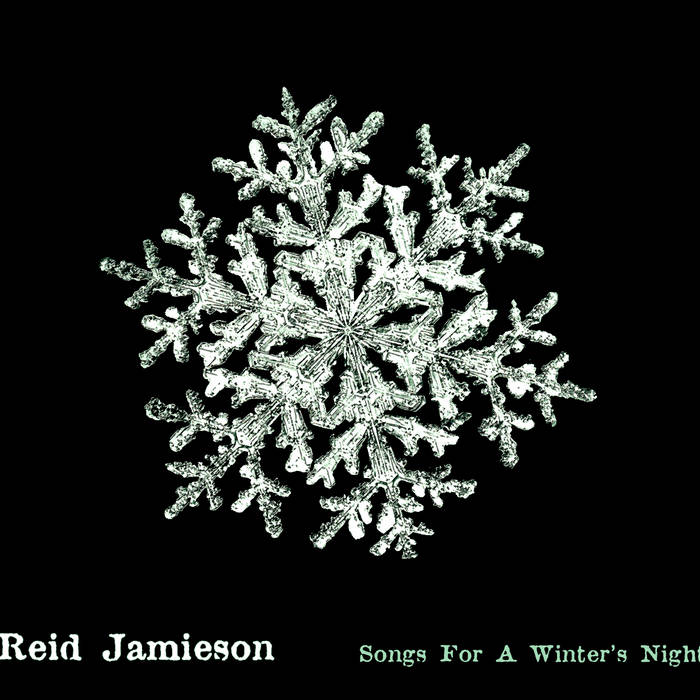 ‘Songs For A Winter's Night’ by Canadian singersongwriter Reid Jamieson is a selection of winter-themed songs especially chosen to warm your soul when nights grow cold. Reid takes a holiday from the usual well worn fare with a couple of festive new originals, plus interpretations of Bruce Cockburn, Nick Lowe, Gordon Lightfoot, Willie Nelson, Tori Amos (!) and a few special surprises. Reid sings every note, playing all instruments himself, with the exception of a couple of cameos by fellow Vancouverite Steve Dawson on banjo and slide. Recorded at home, all songs were chosen by Reid’s wife and musical partner Carolyn Victoria Mill, who also co-wrote two of the three original songs on the record. Together they have produced an easy pleasing gift for those with a passion for pure listening pleasure. They say no man is an island, but this particular one could pass for an entire choir when the spirit moves him. Lush vocal harmonies and spirited guitar playing herald what will likely become your new favourite Christmas collection.

Written by Reid and his Mrs., this swinging single sums up what remains a rather complicated time of year for them both. While single-parent poverty left its coal-black mark on CVM’s childhood, Reid’s mother’s death on December 22nd meant that, for one teenage boy, the season would never be quite the same. And yet, each year when lights begin to twinkle, and the melodies of Christmas past make their home in our hearts once again, the magic of holiday music can somehow make even the scrooge in us want to sing along.


2.The Coldest Night Of The Year (Bruce Cockburn)

A tribute to Reid’s hometown (and one of Canada’s finest songwriters), in all its grey glory.

A bluegrass take on this classic Canadian gem.

The haunting refrain of this seventies selection makes the perfect soundtrack for the solstice. Note: the only other voice besides Reid’s on the entire record makes an appearance here with CVM on ‘So chill’.

A huge fan of Nick Lowe, it was with great pleasure that Reid took on this perfectly croon-able track, where he begs the listener to ‘come inside, into the warm’.


6.This Could Be The Year (Carolyn Victoria Mill / Reid Jamieson)

Written as a tongue-in-cheek homage to the Stanley Cup, this twang-filled tune tells the tale of long standing wishes granted, and/or grace in defeat. Featuring the tasty talents of Steve Dawson on Banjo and slide guitar.

The record’s title track sums up the mood of an album meant for sharing with the ones you love, near or far.

A toast to resolutions and regrets, Reid’s ode to new year’s eve is reprised from ‘The Unavoidable Truth’ as a bit of a midnight tango this time out.

A weekend in Whistler provides the back drop, while Reid reincarnates the rat pack in this doo-wop ditty about scoring smooches on the ski trail

Willie Nelson had a huge effect on Reid growing up, and this song of his, made popular by another big inspiration – Roy Orbison – was a pleasure to record. It highlights the holiday season as seen by the man on the street, asking us to please take notice of those less fortunate.

In 1984 Band Aid made Christmas an incredibly generous global effort, in 2012 Reid revisits this tender tune


Not many of fellas would be so bold as to take on a Tori Amos tune, but this song’s exploration of loss and transitioning to adulthood fit Reid so very perfectly that it became part of him by the end of recording.

Recorded & mixed by Reid Jamieson at home in Vancouver, BC Canada.

Mastered by Brock McFarlane at CPS

*except guitar and banjo on tracks 6 & 8: Steve Dawson.

Thank you to our Vinyl Cafe pals for the inspiration as usual.