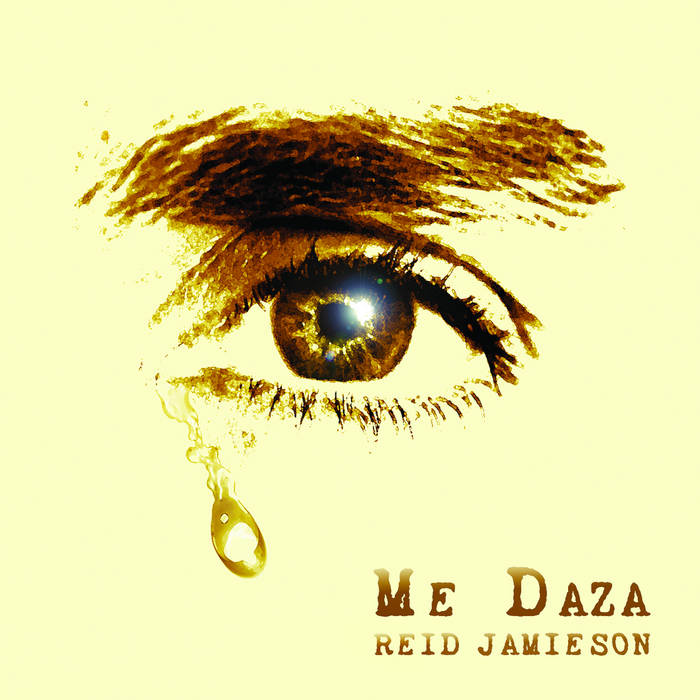 “This latest album might be Jamieson’s finest moment. Jamieson’s voice is a crystal clear instrument that can cover an immense range with superb phrasing.” Vancouver Province

Vancouver’s Reid Jamieson returns with his most daring record to date!

Recorded in the wilds of West Cork Ireland (Schull) with producer Kieran Kennedy (Maria Doyle Kennedy), the new all original record is titled ‘Me Daza’, which is Cork slang for ‘most excellent’, – tho the direct translation is ‘I’m dying’ – but aren’t we all? There is nothing traditional about this record, or the dynamic duo behind it. Mature themes range from loving a woman during and after ‘The Change’, to Ireland’s abortion referendum, to coping with mental illness, social media, and overcoming – call it a soundtrack for the second act. And while there are unexpected beats and cinematic soundscapes on this new outing, Reid’s soaring vocals and spirited playing on nylon stringed guitar supply an organic anchor for listeners to still find their acoustic groove.

Husband and wife together 17 years, Reid and Carolyn are unique in that they have a somewhat Bernie Taupin / Elton John relationship on the songwriting front, however, with a woman often writing the lyrics being sung by a gifted male vocalist. They wrote each song together, with the exception of ‘Don’t Go Down’ written by the late great Fergus O’Farrell (Interference) and Glen Hansard (Swell Season, The Frames). Fergus’ was a much admired Schull local whose vocals appear posthumously as he passed away (duo to complications of Muscular Distrophy) before he was able to properly release the track himself. All of this unbeknownst to Reid and Carolyn when they chose the tune from a selection of potential Irish covers sent by their producer.

It was Canadian/Irish legend Mary Margaret O’Hara who introduced artist and producer at a Toronto concert where she had joined Reid’s band on stage for the night. Kieran and his wife (actor Maria Doyle Kennedy) also enjoy a musical partnership, and have created many beautiful albums together under her name. That night a friendship was struck and plans were set in motion that went on to inspire an epic trip to the Emerald Isle, and perhaps their best record to date. Why record in Ireland some ask? It may be the only place on earth where a man can cry and sing at the same time without feeling the least bit self conscious.

A vocal powerhouse committed to making music that moves us, Reid is known for his regular appearances on Vinyl Café with Stuart McLean, to recording with Cowboy Junkies, he shines his light with compelling originals and killer covers of everything from 50s era gold to their latest tribute to Leonard Cohen. A uniquely compelling acoustic duo live, and a classic introvert / extrovert combo, Reid performs with his saucy wife and long-time song-writing partner Carolyn , together they won the John Lennon Songwriting Contest and wrote their way into the Vancouver Folk Music Festival. Shows coming up in BC, WA, CA, ON, and eventually Ireland and the UK, of course. You won’t want to miss what they do next!

Recorded and Produced by Kieran Kennedy in Schull, Co. Cork Ireland.
All songs written by Reid Jamieson and Carolyn Victoria Mill,
except ‘Don’t Go Down’ by Fergus O’Farrell and Glen Hansard.
Mixed at home in Vancouver, BC Canada by Reido. Artwork by CVM.
Vocals by Reido. BG vocals and Gin-infused glockenspiel by CVM.
Improv piano parts by Vincent ‘The Chancer’ Collins.
All other instruments / sounds by KK and Reido.
Mastered by Elisa Pangsaeng at CPS.